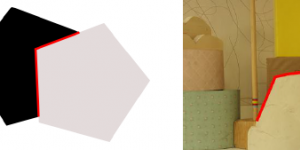 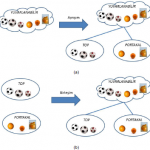 In this project, we will study how a (cognitively) developing and embodied humanoid robot can acquire a hierarchical representaion of concepts from its experiences. For this goal, by going beyond the current literature, we will use language, appearance as well as affordances of objects and investigate how these three modalities can affect the formation of the hierarchy. The proposed methods and mechanisms will be demonstrated on a concise scenario involving a humanoid robot iCub interact with a human on a clearly defined task.

ROSSI (Emergence of Communication in Robots through Sensorimotor and Social Interaction) is an FP7 EU Project (FP7-216125) which started on 1st of February, 2008 and will run for three years. ROSSI is interested in the following two goals:

How can concepts from Cognitive Systems be applied to Autonomous Robots? This research track is being supported by the MACS project, a StREP project accepted by the EC (European Commission) in FP6 within the Cognitive Systems strategic objective call of IST.

The main scientific objective of this project is to investigate how and to what extend the dynamics of a robotic swarm can be externally controlled. In the project, a heterogeneous swarm, consisting of two types of mobile robots, one in large numbers but simple, the other in fewer numbers but more complex, will be developed. The experiments to be made with the real robots will be complemented by systematic experiments carried out in physically realistic simulation models that will also be developed. Click here for more information.

The development of KOBOT’s imaging subsystem and is intended to expand as the project progresses. Click here for more information.

From Ants to Robots

How do ants assess the size and integrity of a closed space with limited perceptual sensing, and how can their methods be applied to mobile robots? Click here for more information.

Sub-contract to IRIDIA for the Swarm-bots project.

This project aimed to design a robot controlled by a remote agent through bluetooth connection. A person holding a PDA would be able to control it by moving the stylus. The robot would be capable of holonomic motion, and mimic the path that the stylus draws on the screen. Click here for more information.

The goal of the project was to use PDA’s with the LEGO Mindstorms kits. Through this we were not able to expand the programming, and display capabilities of the Mindstorms but also were able to use the IrDA (infrared) communication ability of the PDA’s as a medium of communication between the robots. Click here for more information.

Instincts for Guiding and Energizing Learning

How can learning be scaled for autonomous systems. Where to draw the line between evolution and learning for adaptation?

The objective of my project is to fuse the range and camera images obtained by the Kurt3D robot onto a single colored range image. While doing 3D modeling of the robot environment on a single image, we referred distance and color information acquired from the laser scanner and the cameras. Click here for more information.

It is interesting to see how small animals, insects in nature with limited motor and sensory capabilities can perform complex behaviors by communicating and cooperating with other members of their colonies. Motivated by such colonies in nature, we investigate wow we can control a swarm of robots to self-organize and self-assemble to accomplish global tasks and how evolutionary methods can be used for this purpose.

See the relevant projects CoSwarm and From Ants to Robots.

Visual perception is an important ingredient for building cognitive robots. However, we are mostly interested in making use of visual systems that are biologically plausible. Especially, we would like to build methodologies that would allow an artificial agent, who has only simple and inaccurate visual processes, to develop its visual capabilities through experience.

Below are the robots and their descriptions. 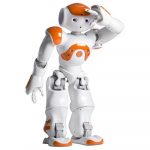 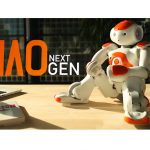 We have recently acquired a small friendly humanoid called Nao. 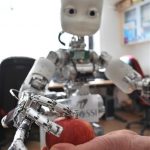 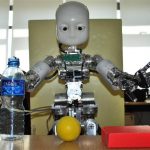 iCub is a humanoid robot that we received due to our successful bid towards getting a humanoid robot platform from the RobotCub project, ranking 6th among 31 proposals! The project will be carried out in conjunction with the EU ROSSI project and in close collaboration with Tom Ziemke and Erhan Oztop. Check out the project web page.

With iCub, we would like to investigate the development of concepts and communication by interacting with the environment.

Kurt3D is an autonomous mobile robot equipped with a reliable and precise 3D laser scanner that digitalizes environments. High quality geometric 3D maps with semantic information are automatically generated after the exploration by the robot.

Kovan Lab has one Kurt3D robot used in our cognitive robotics projects.

KOBOT has been designed by KOVAN research lab for use in swarm robotic studies. It features:

Khepera is a miniature mobile robot with functionality similar to that of larger robots used in research and education. Khepera was originally designed as a research and teaching tool for a Swiss Research Priority Program at EPFL in Lausanne. It allows real world testing of algorithms developed in simulation for trajectory planning, obstacle avoidance, pre-processing of sensory information, and hypotheses on behaviour processing, among others.

Very modular at both the software and hardware level, Khepera has a very efficient library of on-board applications for controlling the robot, monitoring experiments, and downloading new software. A large number of extension modules make it adaptable to a wide range of experimentation.

Kovan Lab has one Khepera robot.

Hemisson is a nice tool for teachers or hobbyists created by Swiss company K-Team, Hemisson is a small mobile robot.

Among others, it comes with two motors (to drive independantly both wheels), a great bunch of sensors (including eight light sensors) and a TV remote. It has three pre-installed programs (obstacle avoidance, line following and dance), and 2-hours autonomy.

It is a pre-mounted robot, suitable for teachers who can use it as a demonstration tool, as well as for hobbyists : it can be programmed to change its behaviour, and its firmware can be changed too.

The LEGO MINDSTORMS Robotics Invention System (RIS) is a kit for building robots. It consists of a programmable brick (with a Hitachi H8/3292 microprocessor) named the RCX, and a lot of other traditional LEGO building parts named TECHNICS.

The RCX has 3 input ports, 3 output ports, and an infrared transmitter/receiver. You can connect the inputs to sensors so that the RCX is aware of what is happening outside. There are many kinds of sensors that LEGO offers but only two kinds come with the RIS package. You must purchase the other ones separately if you want to use them. The sensors that come with the package are two bumpers (touch sensors), and a light sensor. The 3 outputs can be connected to motors, so that your robot can move.